The Willard® BLUE Battery Promotion Has a Winner! 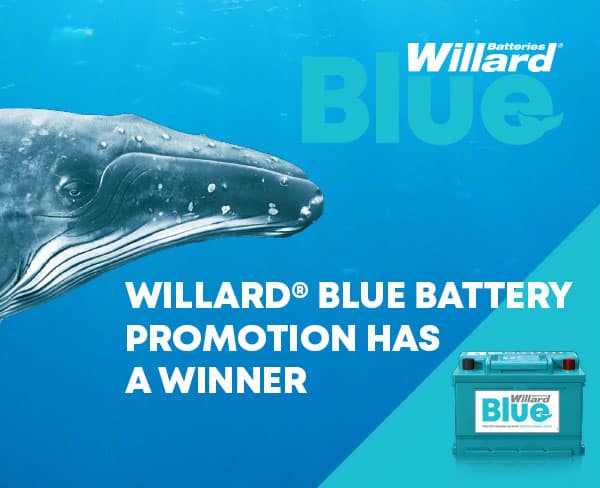 We are happy to announce that we have a winner, Mike O’Maker, who will be relaxing in style and also getting up close and personal with some of nature’s most wonderous sea creatures.

Car Batteries For Plastic Free Oceans
The aim of the limited-edition Willard® BLUE Battery range was to highlight the threat that plastic poses to our oceans and beaches by encouraging the recycling of plastic. Willard® Batteries has a well-documented legacy of recycling scrap lead-acid car batteries, 98% of which are recyclable.

Willard® continues to focus on the recyclability of its products, and highlighting the importance of collecting and recycling plastic waste, which is currently plaguing our oceans and beaches.

Cleaning Our Oceans And Beaches
Part of the launch of the limited-edition Willard® BLUE Battery involved a partnership with The Beach Co-op. Together with Willard® , they assisted in organising beach clean-ups at Mnandi beach, Cape Town, and New Brighton beach, Port Elizabeth.

At Mnandi Beach, Willard® employees, their families, and a local youth group collected 46kgs of waste in just 2 hours. At New Brighton beach, participants spent 1.5 hours collecting a staggering 386kgs of waste across a 1km stretch of beach.

Participants sorted the waste into different categories according to the Beach Co-op’s Dirty Dozen methodology, a system which identifies the twelve biggest offenders when it comes to waste on our beaches. These include fishing lines, cigarette lighters, lollypop sticks, lightsticks, earbuds, straws, individual sweet wrappers, chip packets, carrier bags, cooldrink lids, and water bottles.
Both locations are close to busy suburbs and attract diverse and large crowds of beachgoers, so the clean-ups were greatly appreciated. The Beach Co-op will also be benefitting from a generous donation from Willard®, a portion of the proceeds being set aside for this purpose.

Car Battery Manufacturer Committed To Greener Future
“We wanted to emphasise the relationship between people and nature.” said Corne Strydom, Sales and Marketing Executive at AutoX, “The limited-edition Willard® BLUE Battery campaign and beach cleanups were a great way for people to get behind the idea of recycling plastic and ensuring that it doesn’t end up in our oceans and on our beaches. We wanted to highlight the interconnectedness of people and nature and how we all depend on a healthy natural environment for our wellbeing.”

Willard® BLUE Batteries are still available in many stores, so remember to ask your Willard® representative for more information, or visit www.willard.co.za.